The German economy is booming in recent years. More stuff is produced, packed, and shipped. This means a growing demand for logistic companies as well. Mailbox Germany does its part in this but we all face some house-made problems: the demographic change, migration, and missing specialists. 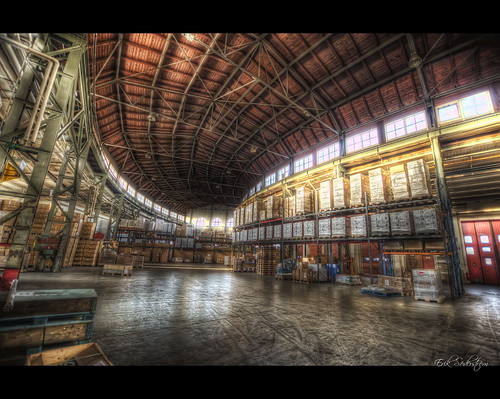 Warehouses and logistic hubs are in need of more employees. (CC-BY-SA 2.0)

Germany’s economy is growing but its population dwindles

Not just Germany suffers from this first-world problem but all developed and post-industrial countries alike: Less people are born than die. This way, our population isn’t growing anymore. Nations like China or Japan face similar problem. The United States or Canada do not. Why?

According to Theo Sommer (former chief editor of DIE ZEIT), some 1.2 million people came to Germany in 2013 alone. Almost two thirds of them (64 %) were moving from EU countries. Most migrants came from Italy, Greece, and Spain. Many of them were moving due to bad economic situations in their region. Around 15 % move from other European countries, 5 % were from Africa, and another 5 % from the Americas, Australia and the Pacific region.

Subtracting the migrants from Germany, around 522,000 people stayed in our country in 2013. But  this still isn’t enough to keep us afloat.

Migrants can help with the economy

Right now, there is a big political debate in Germany. Due to the so-called European migrant crisis, some people in our country are afraid of foreigners. Stereotypes and bad reputation are going around. But as an economy we need migrants as well as refugees.

Many right-wing political parties argue that migrants are stealing the jobs of German workers or are criminal. According to the German Federal Criminal Police Office, refugees and migrants are even less often criminal (around 1.9 %) than what is the standard value in Germany.

How exactly can migrants or refugees help our economy? Due to the shrinking population and the growing economy, there is a shortage of qualified workers and employees.

Last year, the Logistic Network Leipzig-Halle called for more migrants in the logistics industry. It is impossible to put all Germans to work; some simply refuse, others don’t want to move, yet others are simply not able to work in the logistics due to health or other factors.

Many migrants can help as specialists. Projects like Social Bee want to put migrants into work as a means of integrating them into society. These include warehouse workers, drivers, organizers, and so on. The German population is shrinking, German employees often have to work overtime due to being shortstaffed. There are simply not enoug people to fill the worker gap and keep the economic machine going.

Freelancer at Schrift-Architekt.de
Your guy with a bachelor's degree, a passion for cooking, freelancing social media consultant, organizer of workshops and seminars for social media, Facebook marketing, and so on.

I have a neverending curiosity how things work. I'm involved with Mailbox Germany since 2014. Let us explore this world and its logistics!

Since 2011, I work as Schrift-Architekt, a freelance consultant for social media and for some time now I am an avid German podcaster with #Onlinegeister, radio about internet culture, social media, and PR.